This project was worked on as in-house designer for Community Housing Cymru.


The Home! campaign ran ahead of the 2021 Senedd elections in Wales, aiming to influence political party manifestos and ensuring they commit to various asks. This was done through a nationwide bilingual campaign led by Community Housing Cymru. I created the brand itself and all of the collateral used in political influencing, telling the public about the impact of social housing, and supporting housing associations across Wales with content packs and toolkits.

One of the key influencing assets was a series of interactive presentations (English and Welsh were separate) which could either be shown alongside a presenter or embedded on a website for autonomous playing. These 10 presentations aimed to consolidate the key campaign areas – such as health and housing, connectivity etc. – so I had to work on making the data and systems visually impactful, short, and concise. 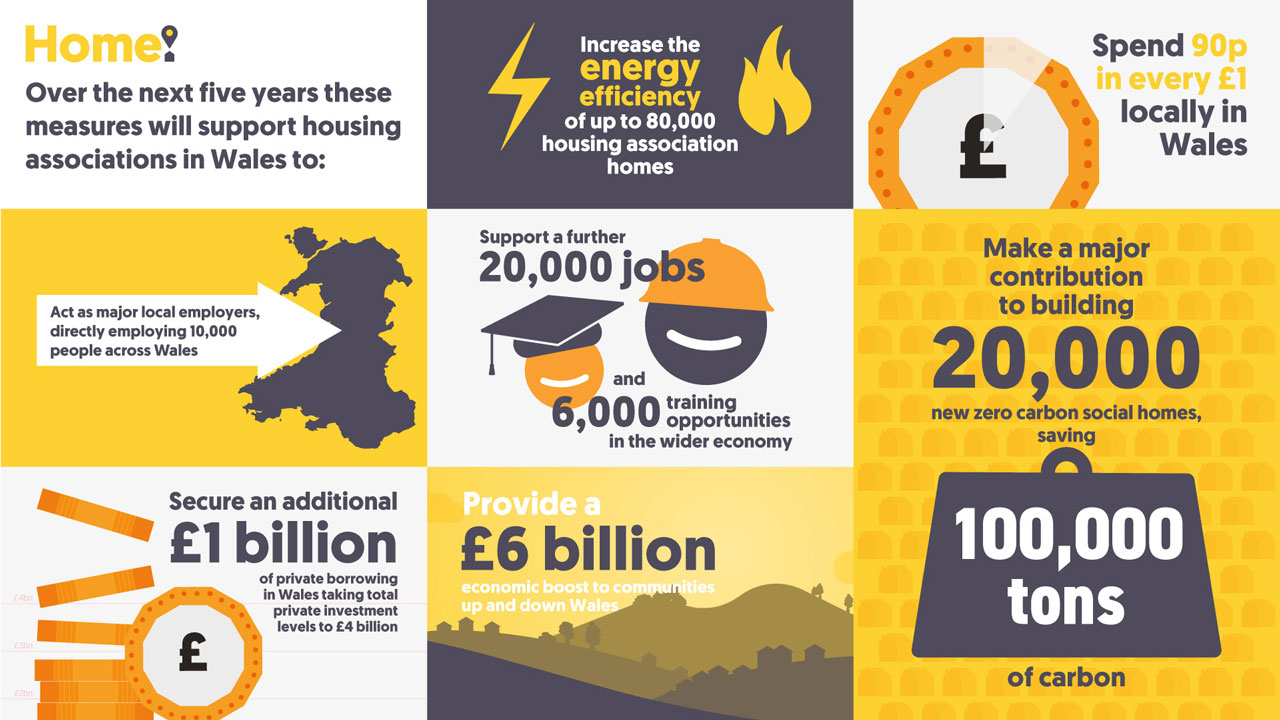 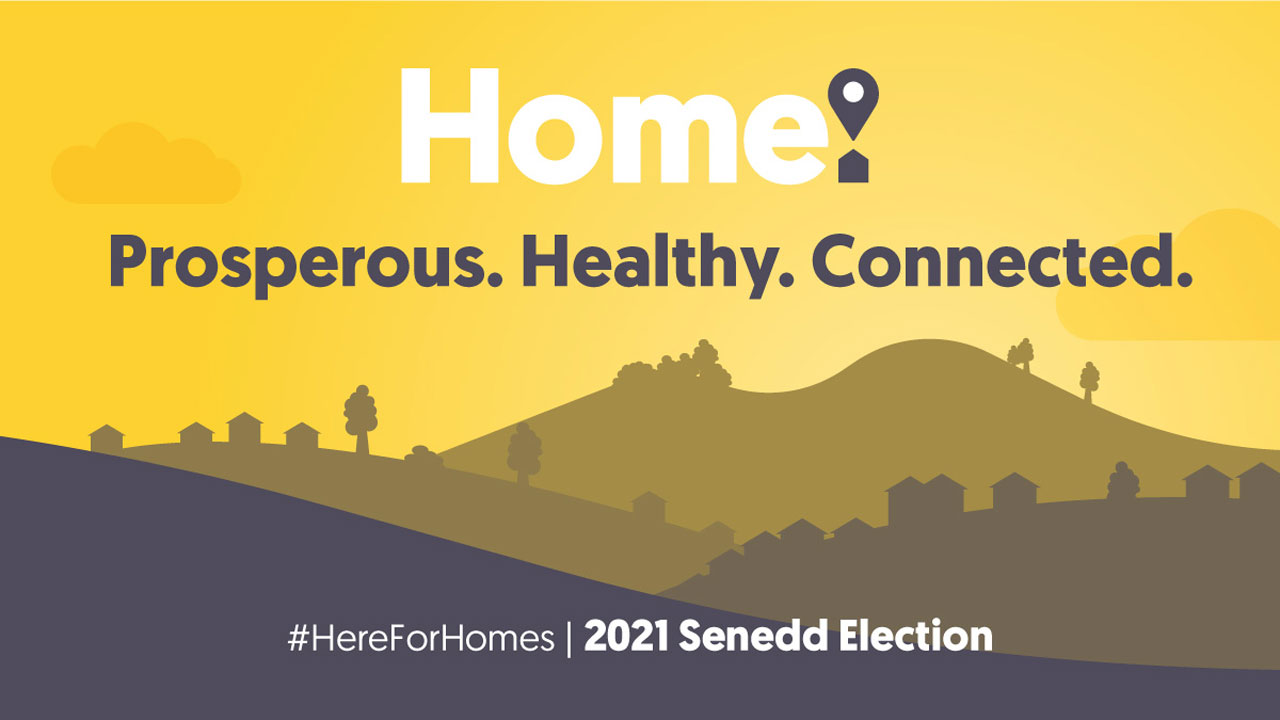 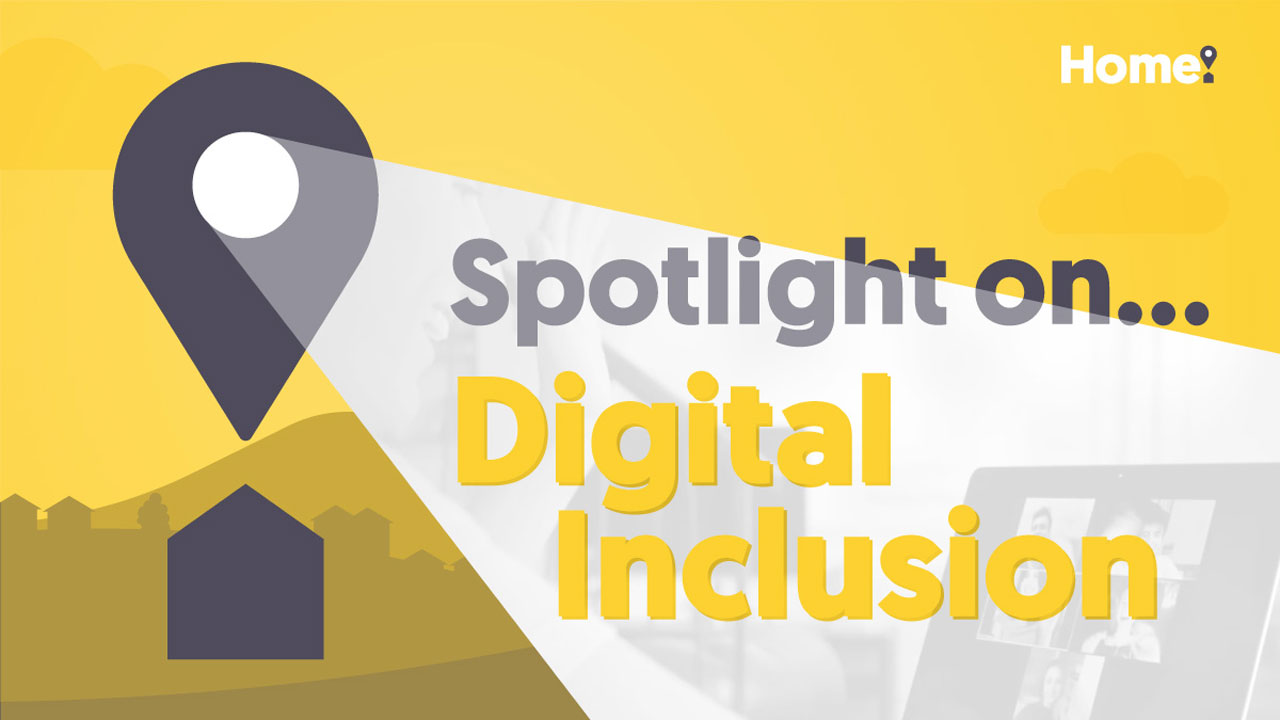 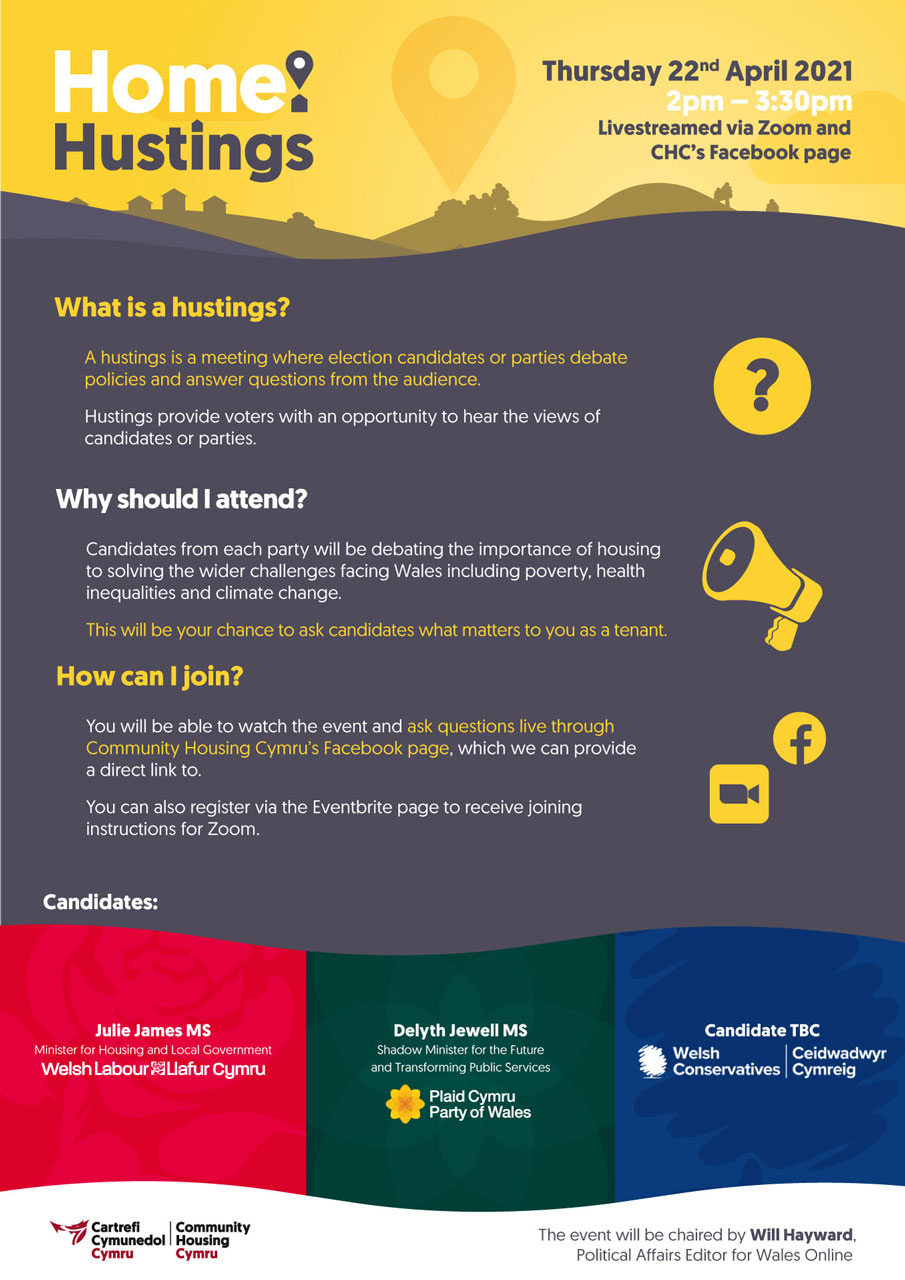 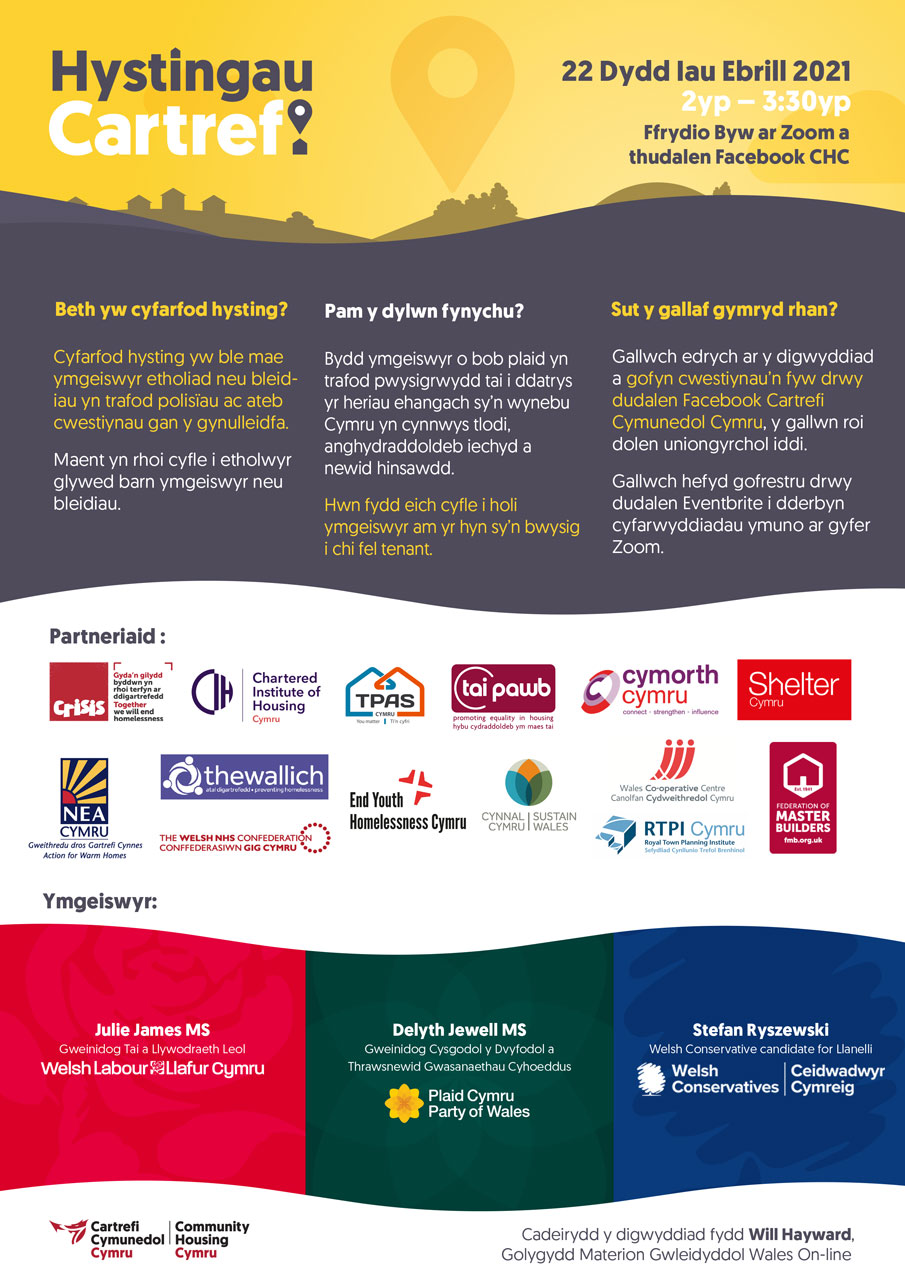 Alongside the videos and presentations, there we also standalone infographics – a lot of them! – and plenty of advertisements for various campaign events, such as the Home Hustings wherein the leaders of Plaid Cymru and Welsh Conservatives, and Julie James MS (Labour) 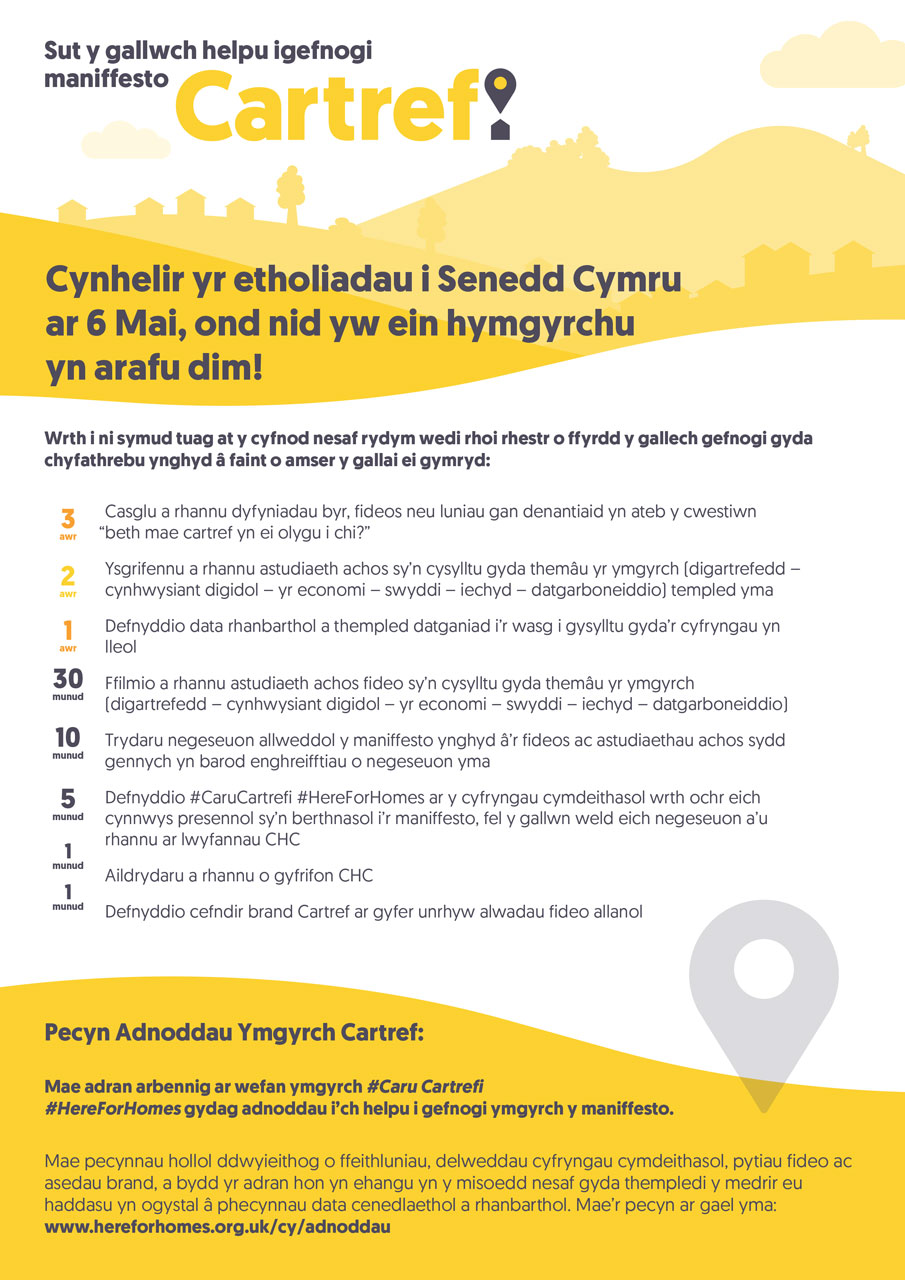 I also suggested the toolkits be published with a guide on how long any given action would take for a housing association communications team, with the idea that it would help nudge them to support. 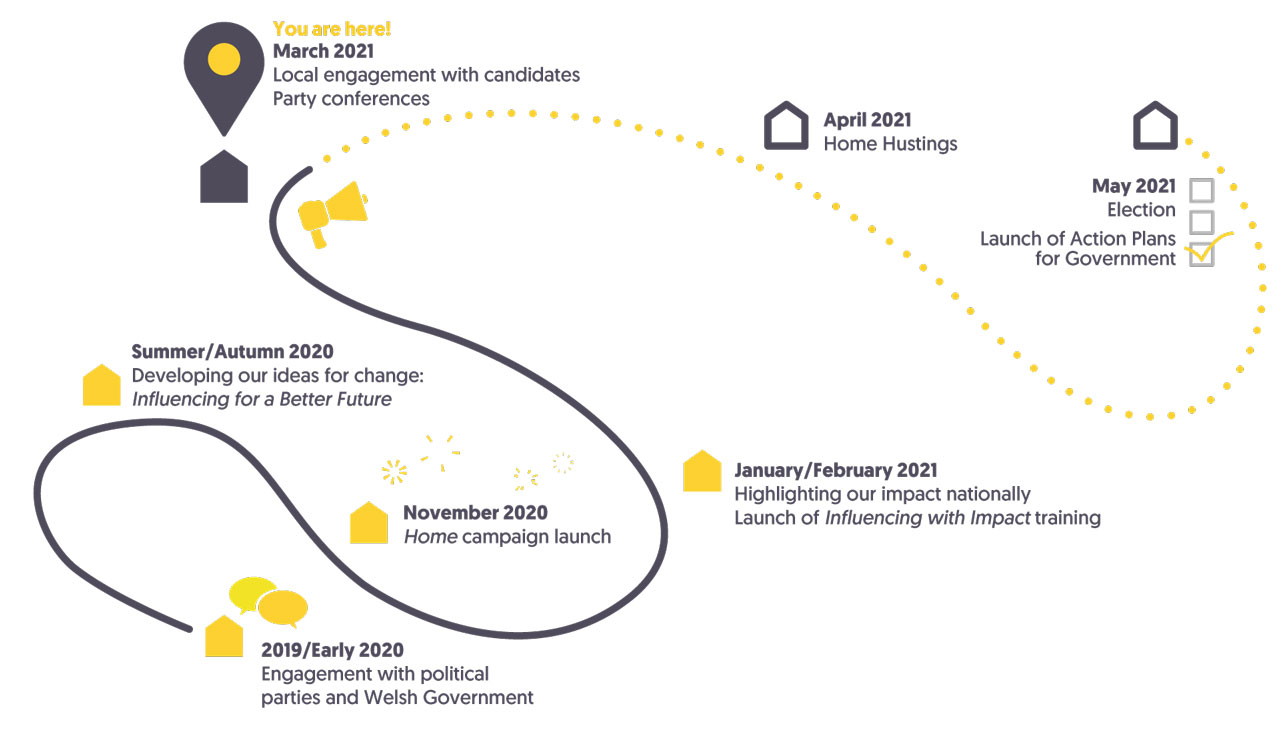 This evolving timeline graphic and supporting internal documents helped keep the CHC Board and housing association chief executives up-to-date, with the recent activity and key milestones shown each time. 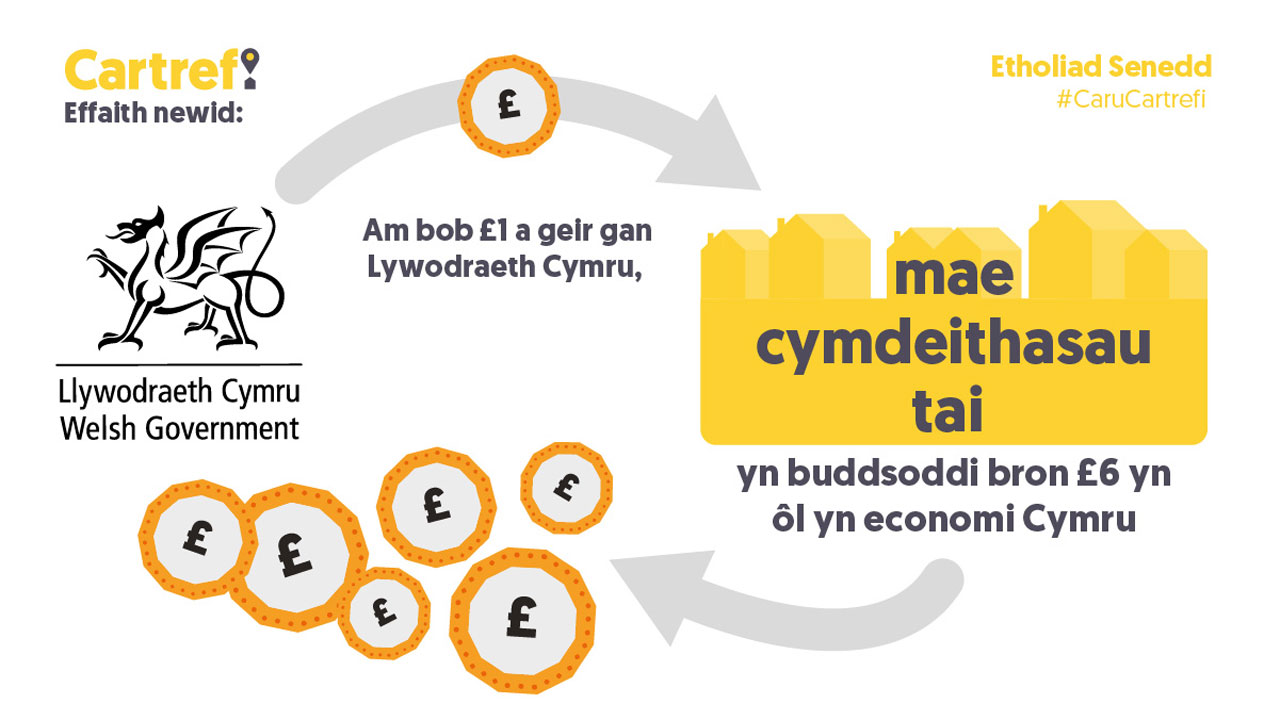 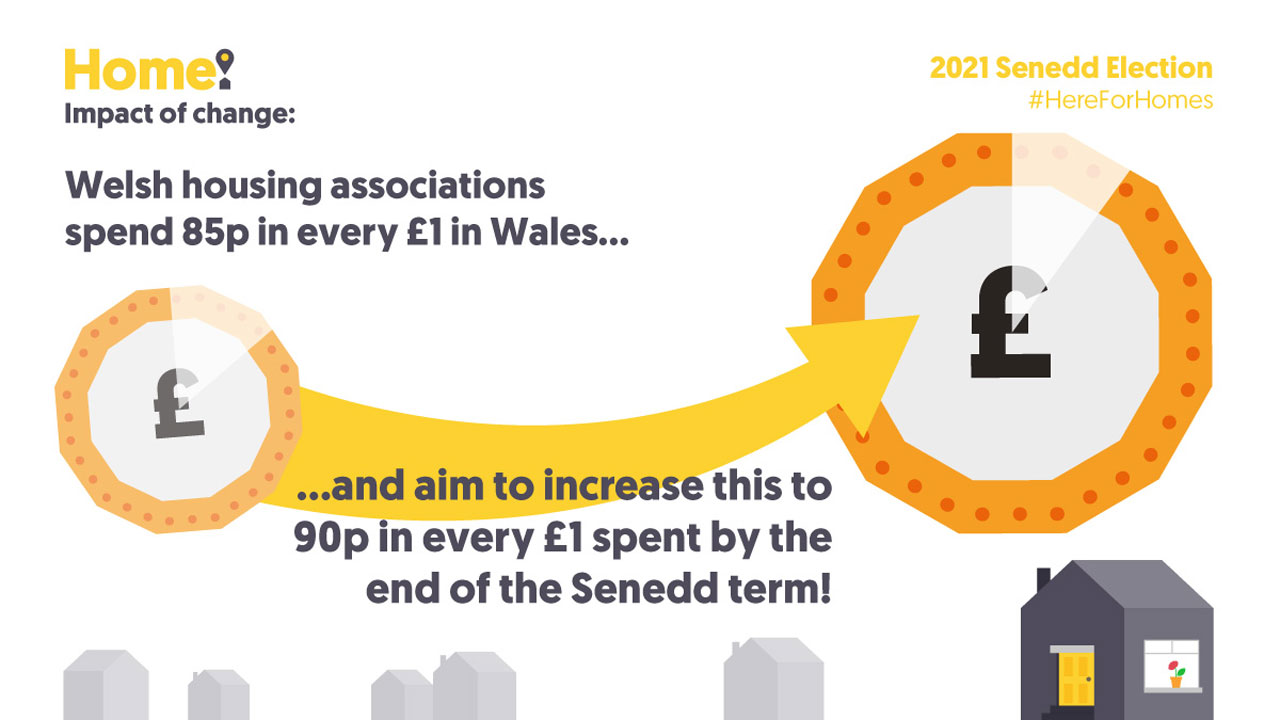 A lynchpin of the campaign was the microsite. I designed this to be animated and engaging, showing moving versions of the infographics and key facts and figures throughout. The resource packs and other tools were also hosted here, and the whole thing revolved around being as easy to use and get the information needed as swiftly as possible. 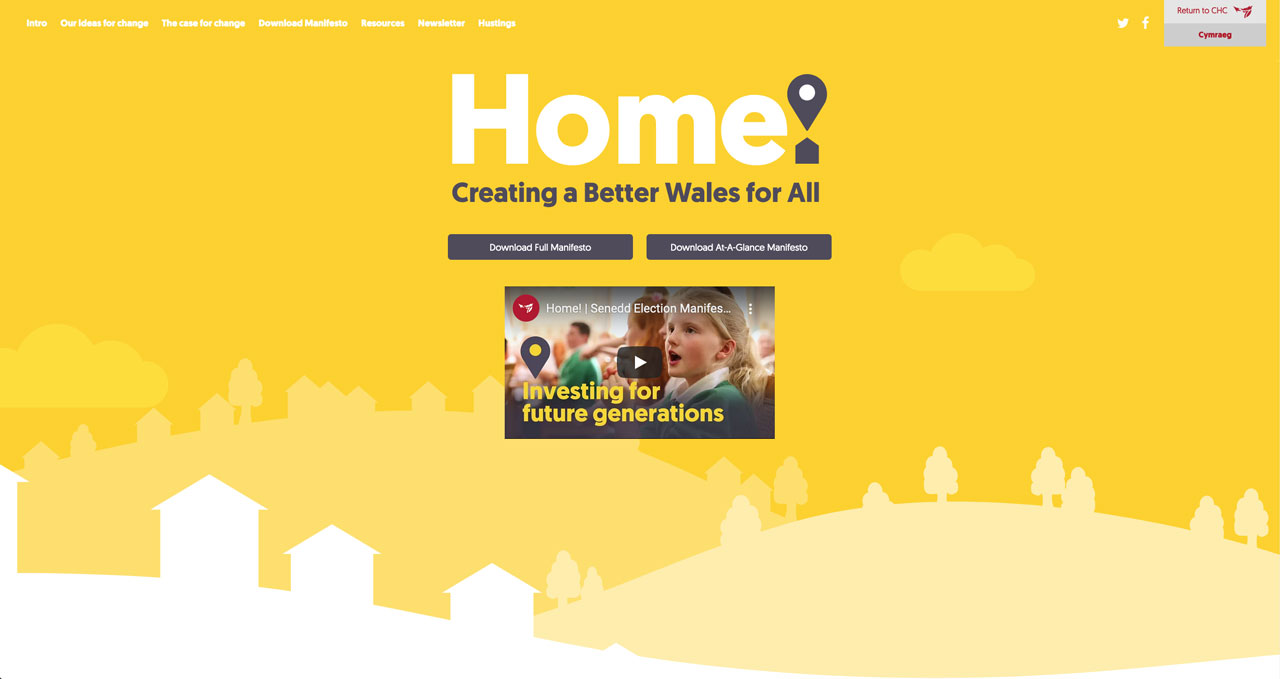 The campaign was profoundly impactful across Wales and helped solidify the programme for government in the Welsh Senedd elections in 2021. Political leaders participated in a Home! hustings and organisations across Wales supported the influencing work using the toolkits and presentations I created. You can check out the site I designed here: Home!